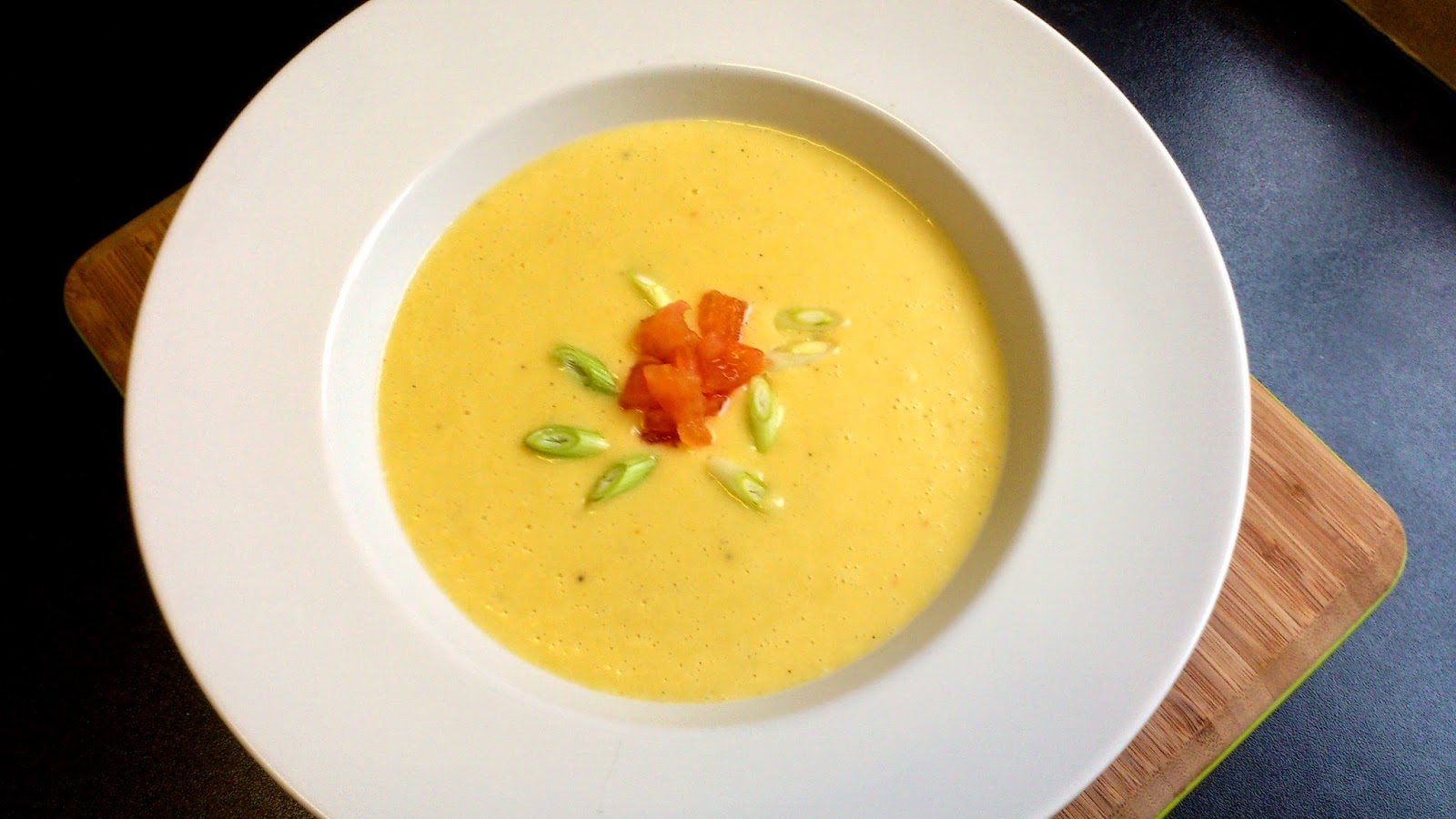 There's an age-old debate in soup-making circles - where is the line between Soup and Stew? It is fought over as much as 'What constitutes a proper pie?*' and 'How do you pronounce Scone/Chorizo**'

The debate mostly seems to centre around the ration of solids to liquids in the soup/stew.  As I've been researching South American soups, a lot of them strike me as being much more stew than soup (For instance, check out the Aijaco Soup from Colombia I made a while ago.  There's barely any liquid in there at all, but who am I to argue with Colombia eh? If they say it's a soup then it is most assuredly a soup.  Of course, if you are really worried about where to drag this line, just do what I did with this recipe, which is to blend the heck out of it until it is smooth and silky.

Now I don't recommend doing this with every soup, too often it just reduces the whole thing to a homogeneous mess with less character than when it started (Can you imagine a Minestrone being improved by being blitzed?), but some soups, usually ones with milk/cream/potatoes in often work so much better when they are creamed, and passed through a sieve just to make sure they are smooth.

And that is definitely the case with this soup, which was inspired by my dabbling with South American soup recipes (Indeed, you could just not blend it and it would be pretty similar to many recipes from that continent) but as it is really cold at Soup Labs today I thought it would make the whole thing just that little bit more comforting.  I think I made the right choice, but feel free to leave yours chunky.  I wont judge you. Much

Also, another great thing about this soup is it's another great cupboard soup - I bet you have everything for this soup in your cupboard / freezer right now. Apart from the cream, which you could substitute milk for if you really wanted.

* Anything with something else on top of it can be a pie - Shepard's/Fish/Steak and Kidney included, but a double crust pie is one with something completely encased in pastry.
** S-kone and Cho-rit-zo 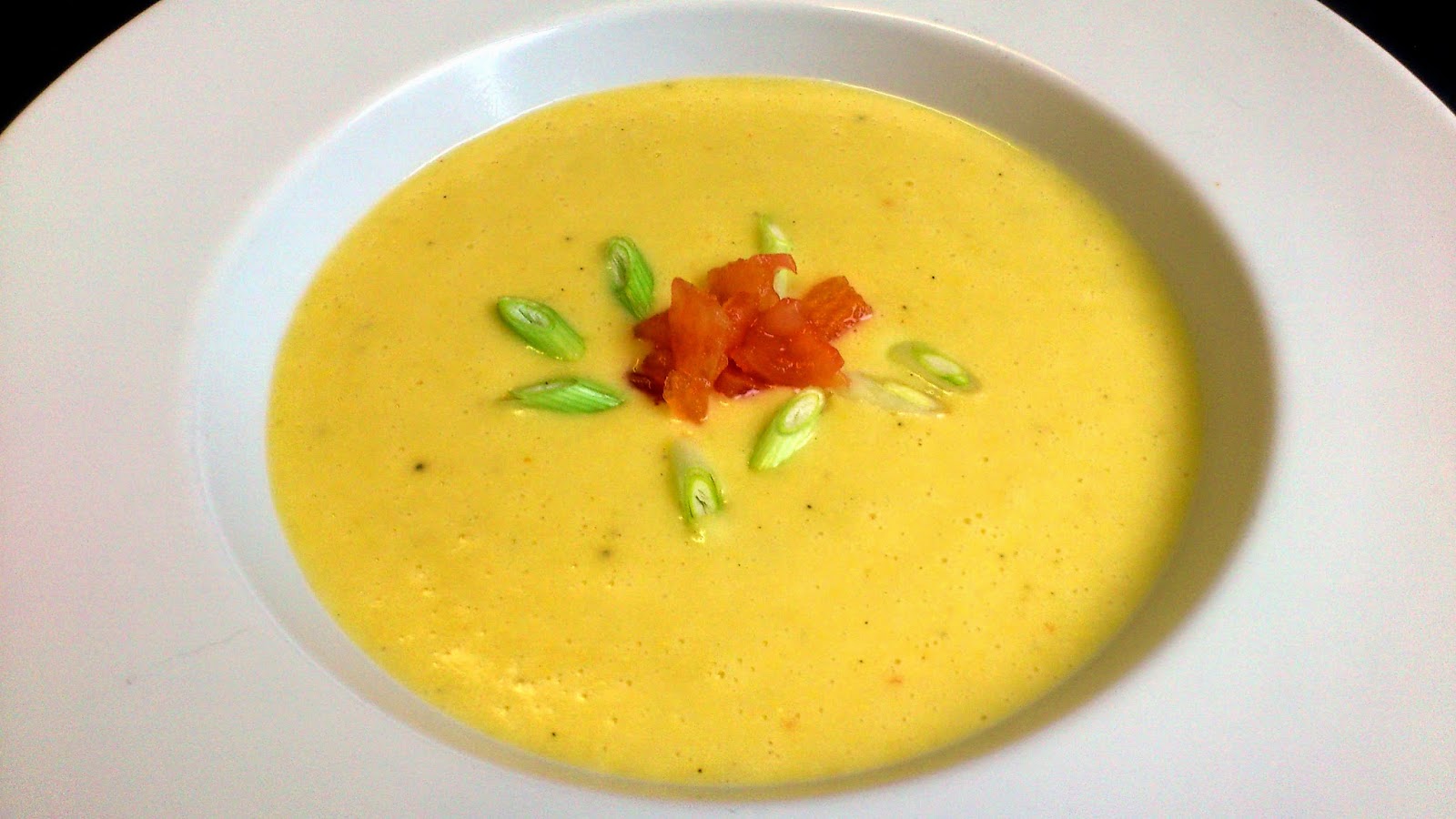 Method
1. Peel and chop the onion and potato.  Thinly slice the celery stalks.  In your soup pan, gently heat the butter and then cook the vegetables until they start to soften

2. Add the garlic and chilli flakes, then the sweetcorn and stock.  Bring the soup to a simmer, cover and cook for 20 minutes, until the potatoes are cooked and soft.  Remove the soup from the heat and allow to cool.

3. Put the tomatoes in boiled water, leave for 10 minutes, then peel and de-seed them, keep for garnishing the soup.

4.  Blend the soup until smooth, pass through a sieve to remove all the bits amd then return to the pan.  Add the double cream and re heat.  Adjust seasoning to taste and serve.  Garnish with the chopped tomatoes and thinly sliced spring onions.  Enjoy!