Just recently, someone  suggested that I should watch the Harry Potter films.  I said that I had seen the first one and hated it - reminded me too much of those twee children's shows that the BBC used to show on a Sunday evening - adaptations of Narnia books and the like with posh drama school kids over-pronouncing everything and slightly shoddy special effects.

However, because the person who told me I should give the rest of the films a go has great taste in films, and also because she agreed to watch Game of Thrones if I watched the Potter films (If you aren't watching Game of Thrones, then go buy DVDs right now.  Sean Bean is the best thing since sliced bread in it, and for so many other reasons) then I relented and watched the rest of the Harry Potter films.

And as readers of this blog will know, I am prone to wild and strange digressions, but a discussion of a series of fantasy films?  This links to cookery how?  The answer, my lovely readers, is Mandrake Root.

Today's soup has celeriac in it, which is possibly my favourite vegetable, aesthetically speaking, and it looks just like Mandrake Root from the Harry Potter films. Don't believe me? 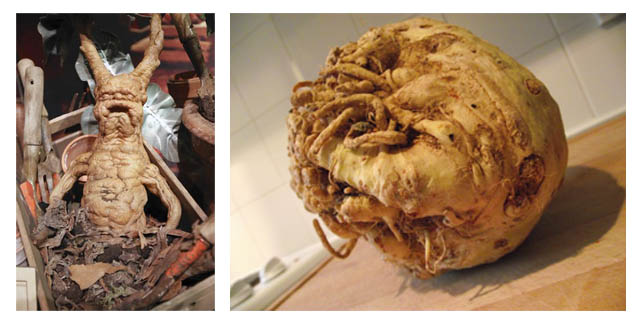 How can something so weird, so strange and un-earthly looking have such a delicate taste?  Without further ado, I give you Butterbeer...er... Mandrake...Celeriac and Stilton Soup, perfecr for winter evenings when Potions is cancelled due to heavy Dragon showers or something.

Method
First off, you need to prepare the Celeriac, by cutting away all the tough roots and them the skin.  Treat it like you would a turnip, you will need to cut away about half a centimeter of the outer skin, and then cut the celeriac into centimeter cubes. 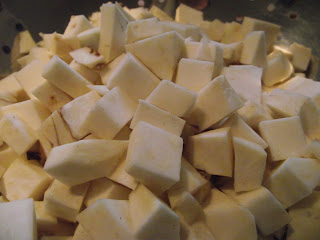 In a thick bottomed pan, heat the butter and then add the celeriac, chopped onions and leek, then sweat the vegetables until they go soft.  Once this is done (about 5 minutes), add the garlic, thyme, stock and apples - peeled, cored and cubed and then cook the soup for 30-40 minutes, before letting it cool. 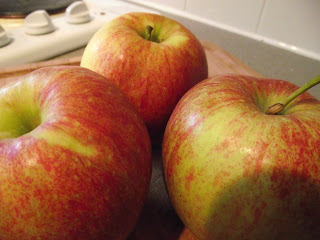 I really hate thick blended soups that have the consistency of wallpaper paste, so when you blend the soup - I use a stick blender - you can always pass the soup through a sieve afterwards to give it a smoother consistency, and maybe add a bit more liquid. 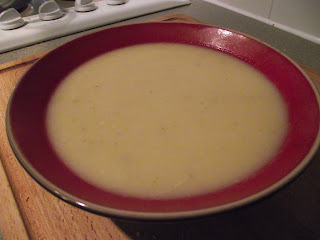 Then return the soup to the heat, and crumble the Stilton into it, season to taste and then serve.  Enjoy!