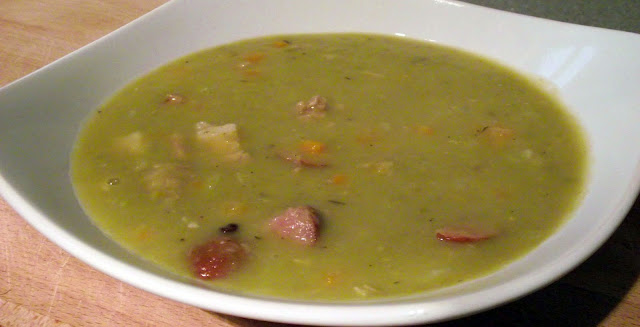 So this soup is the second of three Dutch dishes, as I mentioned last time, inspired by someone sending me a recipe.  Also, I think, this exploration of my vague heritage is spurred on by my rapidly approaching birthday which always makes one take an extra hard look at things (shortly before reaching for the red wine, usually in my case) and it's funny that the only two things I can think of that even connect me to the old country (and I use this term in the loosest sense possible) are two phrases my Grandfather used, passed on to my Dad and were often heard in my house when I was a kid.

The first of these phrases describes pretty much all our family, was Käsekopf (and rather amazingly, as I was googling a spelling for this, I was informed that it is German, not Dutch - is there something my Grandfather didn't tell us? Hmmm).  Käsekopf translates as Cheesehead, accurately describing my love for cheese (speaking of which, did you know the Dutch cheese Edam is made backwards?)

The second phrase, which I have no idea how to spell was muisjes kerkletjes which translated means mouse droppings, and refers to the chocolate sprinkles also known as Hagelslag, beloved of the Dutch.  Please note - I can't find a proper translation of that phrase anywhere on the interwebs, so unless any dutch readers tell me otherwise, assume it to be correct (or a complete fabrication made up by my grandfather to pick up English girls...)

Which brings me to the soup in a very round about way (Well, it's a Dutch recipe, and we are talking about food...)  It's a wonderful, thick and meaty version of the classic pea and ham soup (I imagine it is similar to what would happen if you put pie and peas in a blender) and is perfect for these Autumn nights - and would be perfect for Bonfire night parties in a month or two.

In a move that may be considered heresy by dutchmen, I put a swirl of mint sauce on top as an extra dressing, and it turned a good soup into a great one... 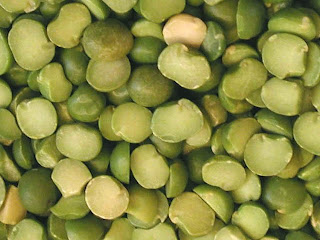 Method
Put the water, split peas and pork in a large pan and bring to the boil, removing any scum that forms on top.  Turn the heat down to a simmer and then cover the pot.  Cook for 45 minutes or until the peas have completely softened and turned to puree in the pan. Stir occasionally

At this point, add the whole sausage.  Chop the vegetables and  add them to the soup as well and cook over a low heat for another 30 minutes.

Remove the sausage and pork, cut into slices and return to the pan, also remove the bay leaves and cloves, then the soup is ready to serve.  A good accompaniment is rye bread.  Enjoy!