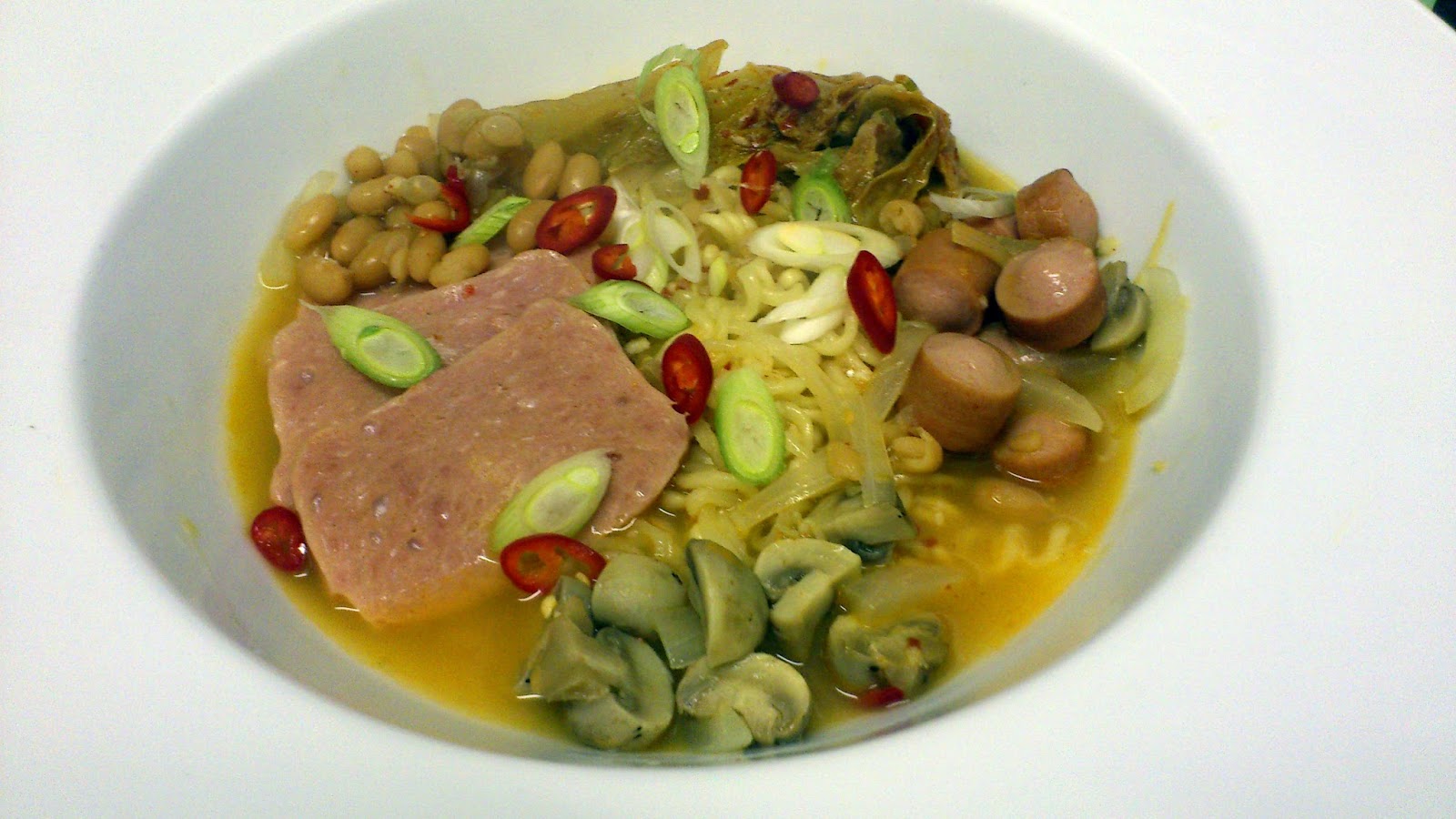 Here it is.  The pinnacle of my soup making career to date!  If you could create a recipe that combines my love of soups of the world with my love of unloved ingredients, combine something I've never tried before and sprinkle a bit of military history on top (yes, I'm a history geek as well as a soup geek) it would look something like this unholy but delicious dish.

The story behind this soup goes as follows... A few weeks ago, I got a craving for Spam - I have no idea where it came from except that when I was a kid, every Friday in the summertime we had a salad that featured either Spam or Pek pork, nestled alonside limp lettuce, pickled beetroot and sliced boiled eggs.  Maybe I was feeling nostalgic for those days, or maybe I'd just been watching Monty Python, but regardless, my recipe seeking brain went in search of things to make and do with Spam, and it eventually lead me to South Asia...

After the Second World War (and the Korean War too) food in Japan, Korea and the Pacific Islands - recently devastated by a harrowing but highly cinematic conflict - was in short supply.  Indeed, the only regular supply of it was often to be begged, borrowed or stolen from the American GIs  who were still around.  And one thing they had plenty of was Spam. And since then it has become something of a delicacy in the region, even appearing as Spam Musubi (a form of sushi featuring Spam)

This soup (or stew) is made entirely of ingredients that could be scrounged from GIs, hence the name Army Base Soup, but its the sort of thing I would have eaten as a student, if I'd had access to kimchi.  It might now exactly be fine dining, but I'm guessing it's as authentic as any recipe from any cook book on your shelves, and doesn't it deserve some look as much as the pulled porks, confit potatoes, cronuts and quinoa stuffed, organically sourced alpaca steaks of this world?

If you can get Korean hot pepper paste, that is more accurate than the chilli powder that I used, and the instant noodles should be added without their soup powder mix! 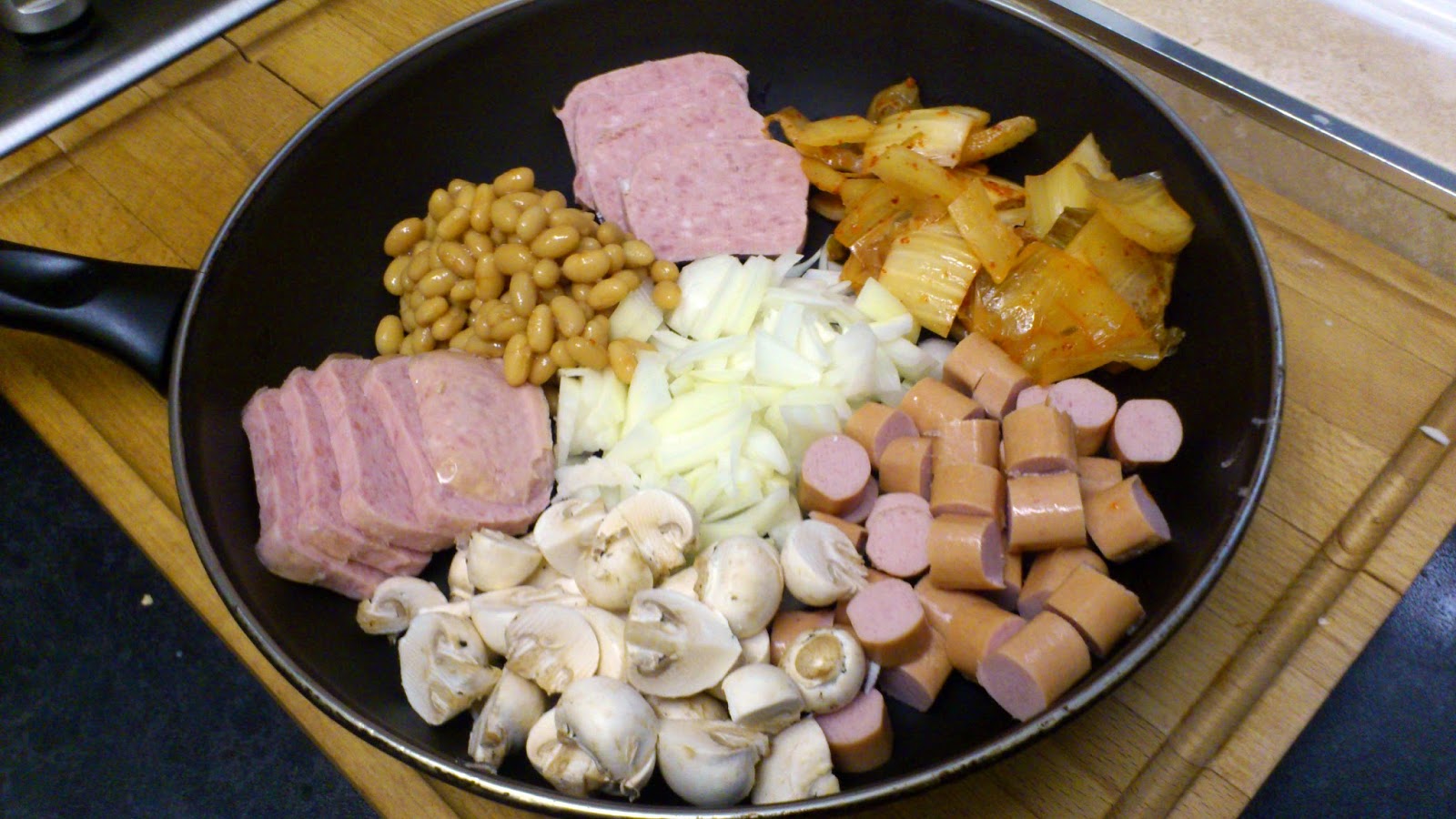 Method
1. Bring the stock to the boil, add the sesame oil, garlic, rice wine, chilli powder and fish sauce. Simmer for 5 minutes and then remove from the heat and set aside for later

2. Cut the hot dog sausages into small pieces, slice the spam, wash and halve the button mushrooms, peel and finely slice the onion.  Place the ingredients in a pan, along with the baked beans and then add the stock.  Bring to the boil and then simmer for 10 minute.

3. Add the instant noodles and simmer for another 5 minutes, until the noodles are soft.