This is my last entry for the World Cup Food Challenge of 2014, and at least one of my teams got through to the quarter finals - Colombia.  Over the (admittedly brief) course of this challenge, during my research and cooking the dishes, I've fallen a little bit in love with South American food.  There are some amazing recipes out there and I feel like it is the undiscovered continent of food.

Of course, probably come this time next week we'll all be eating Arepas Colombianas from street food vendors like the hipsters we are and the secret will be out, but until then, I highly recommend tracking down some South American recipes and giving them a go yourself, there's a (fifth of a) world of taste excitement out there waiting for you... 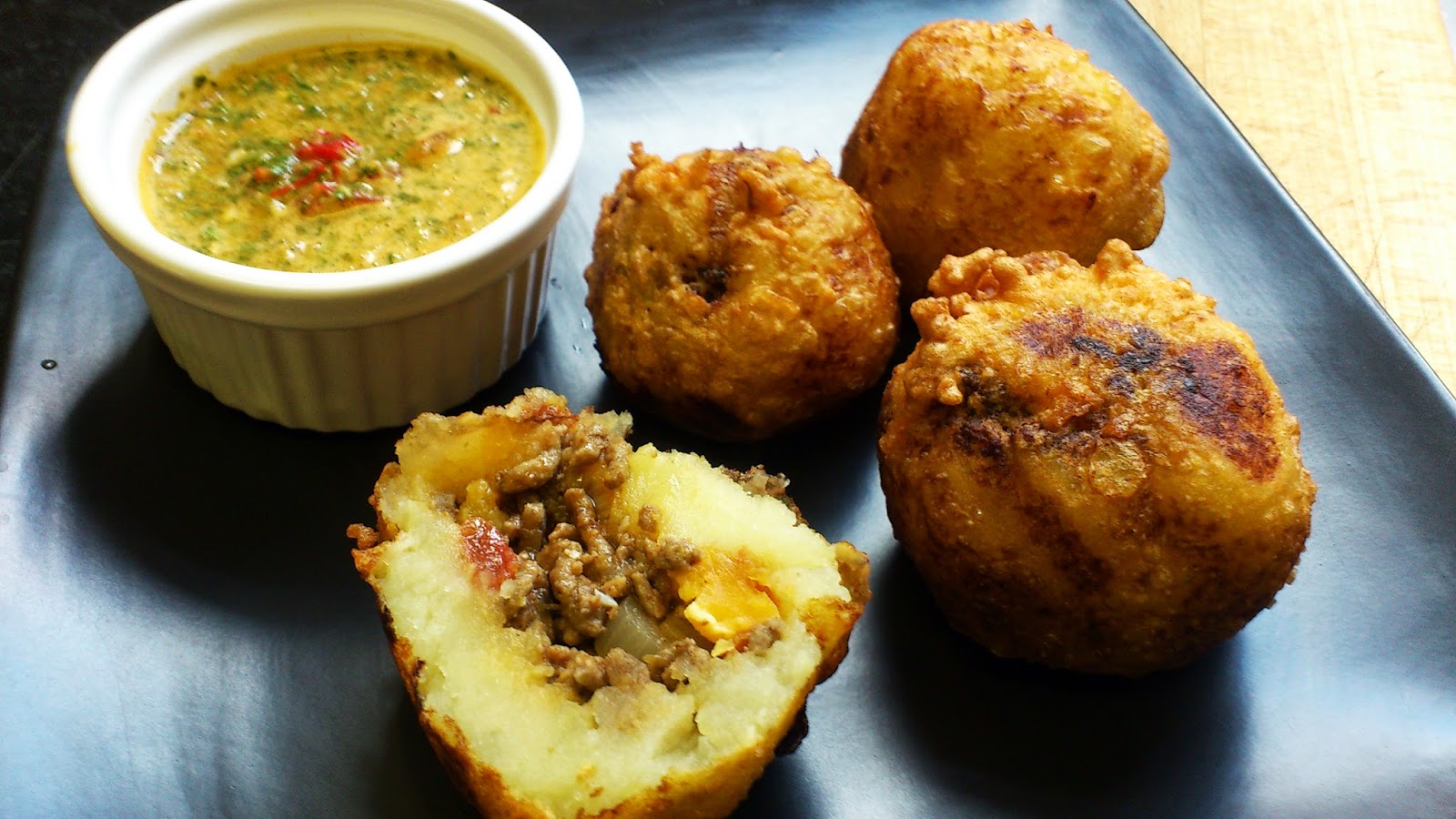 On to the recipe though.  When I was a kid, I remember going to my Nana's house and there, on the stove top was a huuuuuge black pan that she used to fry chips in (my Nana had two methods of cooking - boiling for hours or deep frying) and I used to love her chips.  As a student, one of my favourite meals was Crispy Pancakes and potato waffles, all chucked in the deep fat fryer and served with mushy peas and drowned in so much vinegar it made my eyes water (Yes, I've come a  long way since then...)

Over the years, deep fat frying has gotten a bit of a reputation as being unhealthy but as I've learned during this food challenge, it still seems to be big in Colombia, and this dish is a fine example - deep fried mashed potato stuffed with beef and eggs - whats not to like? Its like a Shepard's Pie drowned in hot fat, and then served with a spicy fresh salsa called an Aji.

So until the next world cup, Olympic games or other excuse for a blogging food challenge, its back to soup for me... 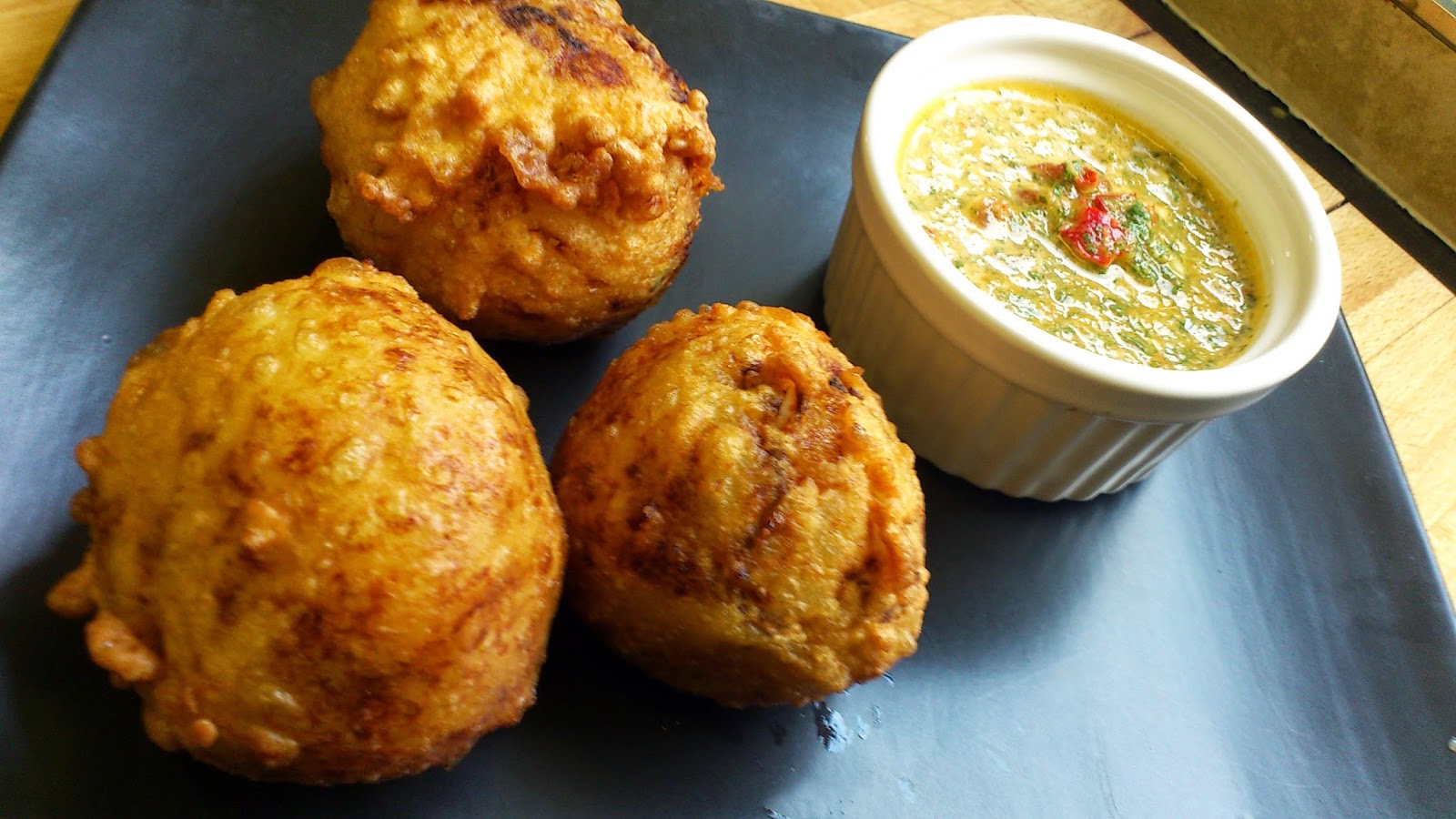 Method.
1. Peel and cube the potatoes.  In a pan, cover with water, add a some salt and boil until they are cooked (10-15mins) and the drain, set aside to cool

2. In a frying pan, heat some oil and then add finely chopped onion and spring onion, plus the garlic.  Fry for 5 minutes, until the onion starts to soften.  Then add the minced beef and continue to cook until the beef is broken up and browned.

3. Add the peeled and chopped tomatoes, along with the cumin, garlic salt, paprika, salt and black pepper.  Cook for 2 or 3 minutes then remove from the heat and set aside to cool.  Roughly chop the hard boiled eggs and add these to the mixture

4.  Put the ingredients for the Aji in a food processor and blend roughly.  Pour into a bowl and put in the fridge until it's time to serve.

5. In a large bowl, mix the batter ingredients, whisking until smooth. 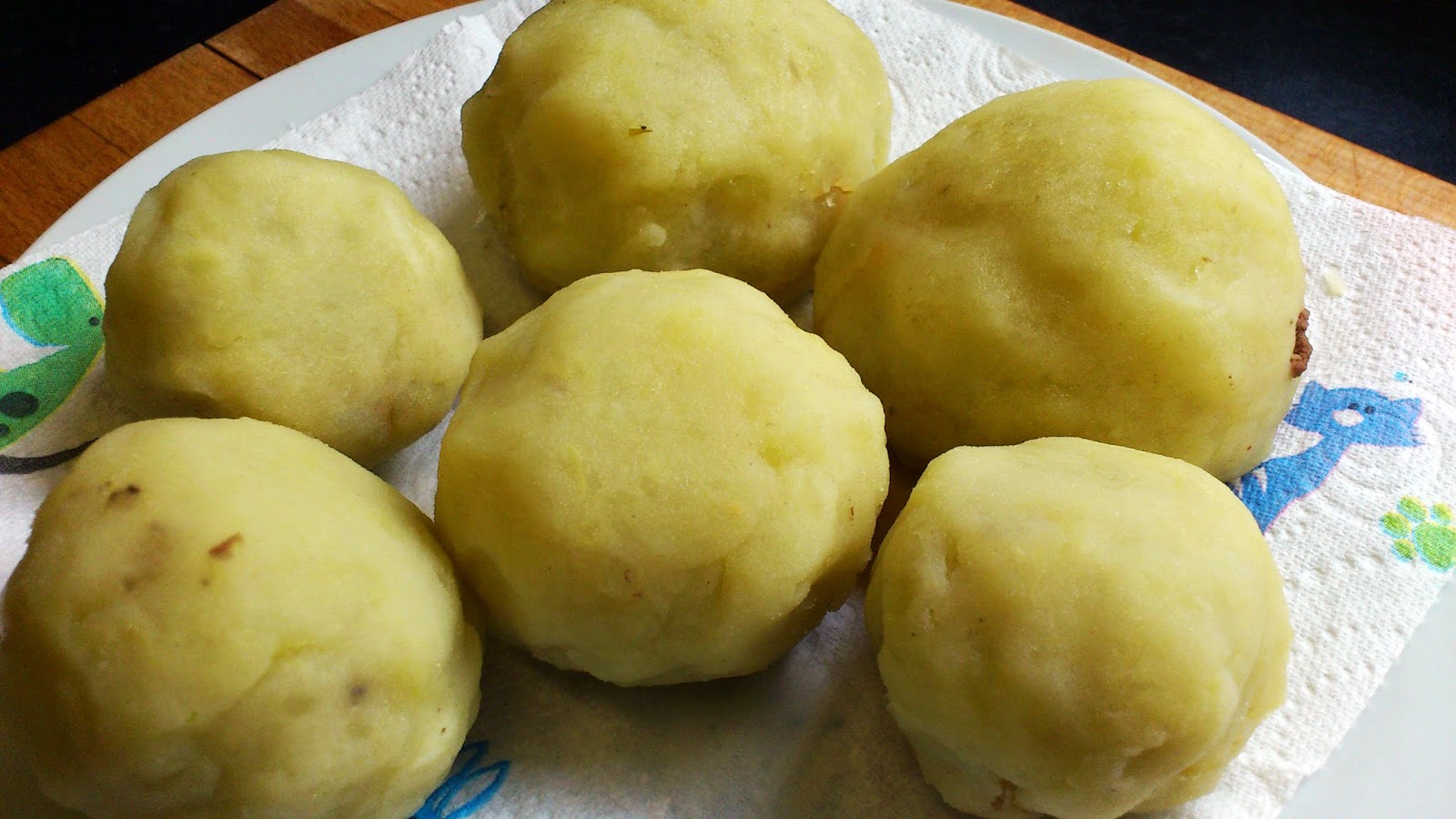 6.  Mash the cooled potatoes and then split into roughly 8 balls.  Roll them out until they are about 8mm thick and spoon some of the filling into each one, carefully shaping into a ball.

7.  In a heavy pan, heat your oil to 180ºc and then carefully put the batter covered balls in, frying them for 4 minutes then remove with a slotted spoon and place on some kitchen towel to remove any excess oil.