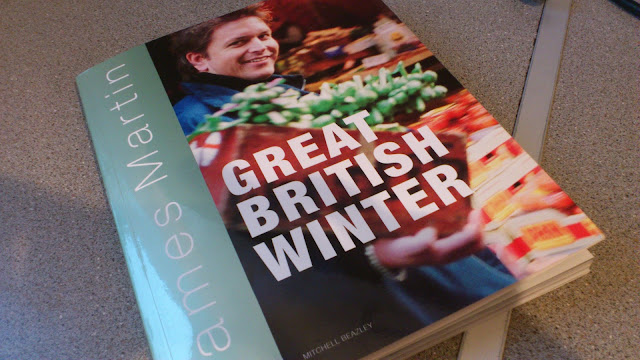 A while ago on the blog, we ran the Cookbook swap, where we encouraged you (yes you) the readers to swap cookbooks with each other.  The old, the strange, the unusual.  The results were good and we managed to match up quite a few people to send cookbooks to each other.

At Soup Tuesday HQ, we got sent a copy of James Martins Great British Winter, which is rather apt as despite it being June, it feels like winter.  This book is a treasure trove for fans of sweet dishes, as any viewers of the brilliant Saturday Morning Kitchen will know, he's rather fond of his puddings is our James. 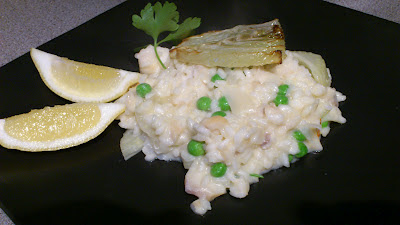 Despite this, the recipe we decided to cook for the book is a smoked haddock risotto (with saffron, peas and grilled fennel), although we are tempted to revist the book nearer the festive season, as there are a lot of game recipes which would be amazing for any festive feast (and I really want to try one this year, but then I seem to say that every year and we always still end up having the same old roast turkey and stuffing)

We've had a lot of good feedback from other people who took part in our cookbook swap, and we will definitely be running something similar again in the future, because, well, who doesn't like getting free stuff through the post.

The theme for this swap was Retro cook books but we are toying with a range of different ideas for the next one - anyone have any suggestions?

Here are some of the blogs that took part and links to their posts about the cookbook swap :

Offally Good - One of my favourite blogs, mainly because we share an enthusiasm for the more obscure or unpopular bits of beasts

(More to come as the blog posts go up!)